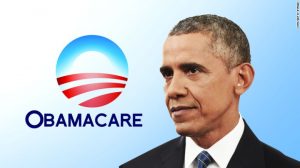 The recent attempts by Republicans to repeal and replace Obamacare (also known as the Affordable Care Act or ACA) have failed completely even after years of unanimous Republican votes to axe the individual health insurance mandate. One thing both Democrats and Republicans seem to agree on is this: the ACA isn’t bad at its heart, but it isn’t working as well as promised. Something certainly needs to be done to fix the new healthcare system–especially before a new wave of attacks can perhaps dismantle it for good. But what can we do? Here are a few of the more controversial initiatives that lawmakers have come up with so far.

Some have called for Medicare to open its gates to new recipients starting at age 55 instead of the current 65 in order to help offset some of the costs of rising insurance as people get older and sicker. This program is already extraordinarily expensive, and a lot of other lawmakers don’t want to see those costs rise even more.

Then again, Independent Bernie Sanders has called for a Medicare-for-all bill, and plans to introduce it soon. It almost definitely won’t pass, but that’s not necessarily its primary goal. Sanders is a workhorse when it comes to finding ways of increasing public awareness of newer, more progressive ideas that could benefit everyone. He believes that Americans have the right to free healthcare, and he wants more Americans to become open to the idea. That way, sometime in the future his dreams might actually turn into a reality.

One of the ACA’s most popular moves was allowing young people up to the age of 26 to stay on their parents’ insurance. But some policymakers want to remove that provision altogether, instead moving those same young people to an individual market instead. Even though this was good for the kids and their parents, it wasn’t necessarily good for the markets. In order to have a healthy pool for insurance markets, you need as many people buying in as possible. When kids are on their parents’ policies, that means you actually have less people buying in even though more are covered. This is something that surely needs to be addressed, and soon. The longer we wait, the more costs rise.

The ACA promised a healthy marketplace for insurance, but that promise fell through. There isn’t enough competition to keep insurance rates as low as we’d like, and so other lawmakers are trying to introduce legislation that would force insurers who take advantage of certain other programs to provide fair marketplace coverage in exchange.

Another controversial idea is allowing people to pay premiums using their HSA contributions. These HSAs (Health Savings Accounts) are often used in conjunction with insurance plans with high deductibles to help people pay them when they need to. The money they put into these accounts cannot be taxed by the government, and so it would be especially beneficial to use this money to pay premiums. The problem is, where does that leave out-of-pocket expenses for that same high-deductible account when a health problem arises, like a brain injury or worse?

Although some controversial plans are currently being discussed, one thing is certain: there are no easy alternatives, and the machine used to run health insurance is complex and difficult to maintain or fix. This is not just affecting people in Phoenix, Glendale, Mesa, and Scottdale but all over the country.