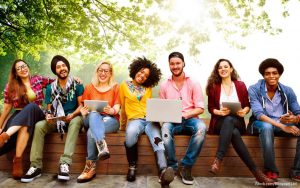 One of the things that we usually don’t think enough about when we shuffle our kids off to college is the atmosphere in which they’re placed. Sure, we know about all the trouble they’re going to get into and we’re certainly going to be worried about the consequences (since we know they won’t be), but how safe is their living space from those who would do it harm? Do they have any protections in place in case of fire or theft or anything else on a long list of things that could go wrong in a college environment? The answer might surprise you. The dorm itself probably isn’t going to provide your children with any protections.

First of all, know the stats: Out of 100,000 college students, about 800 will report a theft overall. That’s an average. If your student is enrolled at The University of California in San Francisco, then the rate balloons to over 13,000 for every 100,000 of its students–but that’s at the high end. If your student is enrolled at another college, the rate might be much smaller.

It’s also worth mentioning that these are only reported thefts. Your kids might not feel inclined to report any wrongdoing on campus for a number of reasons. Let’s say they’re smoking marijuana in the dorm–they might not feel like chancing a visit from the police. If they’re keeping fluffy the kitten in the dorm against college policy, then no one’s getting past that door without breaking in (again). Then again, if your kids don’t even know their valuables are protected by renters insurance, then they’ll be less likely to report a crime.

That’s why you might consider making sure your child is insured while in college. If you do decide to insure, however, then make sure you tell them about it. Otherwise it might not even matter.

You’ll also be happy to know that even at college your child might already be covered by your own homeowners or renters insurance policy. Your policy could cover a child living on-campus, but chances are it won’t cover a child living off-campus. If your kid gets his or her own place, then they’ll probably need a separate policy. Be sure to check. Insurance agencies are only willing to extend coverage so much, and surprise surprise: most people are less likely to consider filing for insurance if a student is living on-campus.

You should also take into consideration the worth of everything that your child brings to college. Computers, media, cash, jewelry, clothing, etc. It might not seem like much when you pack it into the car every semester, but the monetary value of those things can add up surprisingly fast. Is a renters insurance policy worth the added cost? It just might be. If you’re not sure, you can always research the statistics specific to your child’s school and make the decision for yourselves.