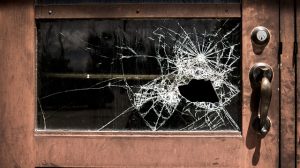 The Federal Crime Insurance Program was a program that was created in 1970 by Title VI of the Housing and Urban Development Act, commonly known as HUD. This program was created in order to allow home and business owners the ability to purchase insurance for damages from crimes such as burglary, theft, robbery, and other similar crimes.

The reason for its’ creation was that in certain states with high crime rates, private crime insurance policies were either not available, or were so expensive that most people and businesses were unable to afford them.

The big problem was that most homeowners’ and business insurance packages offered no protection for assets that were taken, or damages inflicted to property, that occurred as the result of a crime. This left many businesses and homeowners’ unable to have any way of recovery after they became the victims of these types of crimes.

Does The Program Still Exist?

As you can imagine, this was a program that was simply unfeasible to be maintained as it was resulting in far too high of a cost, and many individual states had begun offering programs and incentives that helped to protect homeowners’ and businesses from damages resulting from crimes.

The main states that were still benefiting from The Federal Crime Insurance Program at the time of its’ closure were New York, Pennsylvania, and Florida who made up 71% of the total policies issued at the time.

For businesses and homeowners’ who wanted to participate in the program, the last day to apply for it was September 30, 1982.