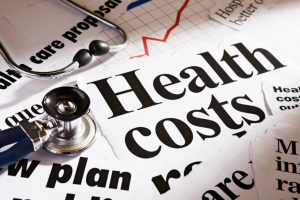 In the wake of the Obama administration’s Affordable Care Act that effectively revamped the world of health insurance (many argue either for the better or the worse) and the inauguration of the Trump administration and efforts to reform or repeal it in 2017, many new developments have come about as a result – many of which the general public appears to suffer even more greatly with so many FAQs.

The problem with this is that it also mandates all eligible citizens to have some form of health insurance, or it enforces a tax (or penalty – call it what you will) upon them. Many people who found health insurance unaffordable even after the Affordable Care Act was implemented often found that paying the tax afterward was less consequential than paying month-to-month premiums and suffering potentially high-level deductibles. This shift in responsibility for health insurance providers often led to health plans increasing in price on the open market for those who still opted to have them – or simply couldn’t afford not to have them.

Another issue is that, while many people might enjoy the subsidies that the Affordable Care Act provides as a result of the health care reform, there are those who might make a hair too much to qualify. The standards say that a person needs to make more than 400% of the Federal poverty level in order to miss out on government subsidies, and while this may sound like a hefty amount, it actually leaves a significant gap between qualifying for subsidies and being what many of us would consider “well-off.” A one-person household need only make about $48,250 per year, and a two-person household only raises that number to $65,000. Combine that with the fact that lower insurance premiums are (pardon the pun) at a premium due to offsetting immediate costs imposed by the Affordable Care Act, and you have many middle-class households spending the greater bulk of their income on nothing but health insurance.

With more and more healthy people opting out of health insurance to balance out the costs across the spectrum, older working class citizens and those on a fairly limited income are forced to pick up the slack and pay more out of pocket. And those costs only seem to be on the rise for the immediate future. Some may be tempted to blame the free preventive care that the Affordable Care Act provides while it also negates the possibility of being turned down for pre-existing conditions, driving many 2017to their doctors’ offices almost immediately to seek aid for problems that had potentially turned long-term. Whatever the case may be in that regard, health insurance prices spiked around 25% heading into 2017. And many speculate that with the dubbed “Trumpcare” still stalling out in the legislative process, many insurers will be hedging their bets by spiking prices again into 2018. Some have gone so far as to compare premium prices for many health care policies as being on par with mortgage payments or, as one Sharon Thornton put it, “buying two new iPads a month and throwing them in the trash.”