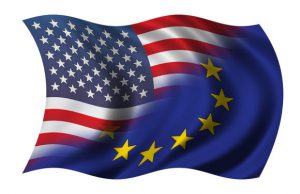 Known as a covered agreement inside the United States, the American government and the European Union have signed a bilateral agreement regarding both prudential insurance and reinsurance measures.

Both parties on opposite sides of the Atlantic consider this agreement to be a sound step moving ahead in cooperation between the United States and the European Union regarding both insurance and reinsurance. A joint statement was released on the matter where officials from both sides claimed that the agreement would benefit insurers, reinsurers, and consumers with protections and regulatory certainty across both economies.

Talks to negotiate the agreement started in 2015 during the Obama Administration, and the final deal was announced in the middle of January 2017, in the waning days of that presidential administration.

The agreement covers a trio of insurance oversight areas. They are namely first reinsurance, secondly group supervision, and thirdly the exchange of any insurance information among involved supervisors. This agreement is in alignment with the terms and conditions laid out by Article 218 of the Treaty on the Functioning of the EU. It also meets the legal definitions of a ‘covered agreement’ as established by the Dodd-Frank Act.

The agreement covers many points, but one of them in regards to reinsurance is the elimination of local presence and collateral requirements for reinsurers operating in the markets across the ocean from one another. Also, in terms of group supervision, insurers operating on the other side of the ocean will be subject to global insurance group oversight involving supervisors from their home jurisdictions. This agreement is also intended to encourage the insurance supervisory authorities of both America and Europe to keep exchanging supervisory information and data regarding both insurers and reinsurers.

A provisional application is a next step for starting to institute the document. The EU must now involve both the European Parliament and the Council in order to conclude this arrangement, per the Treaty on the Functioning of the EU. The U.S. Treasury Department is taking point on the western side of the Atlantic, releasing a fact sheet about the arrangement and providing the full finalized legal text to the legislators and staff of Congress, as dictated by language in the Dodd-Frank Act.

While Brexit seems to be shrinking the size of the EU, and many Western nations show nativist and populist tendencies in recent elections, diplomats and officials of some of the world’s largest economies are working together to keep the global economy functioning smoothly and integrated.