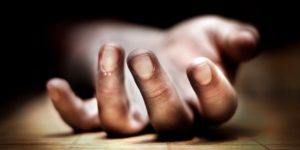 Generally speaking, life insurance is rather easy to interpret as far as its name goes. A policy is meant to ensure the financial security of loved ones upon a person’s passing. However, while the literal definition is rather easy to understand, the ability to collect life insurance can actually be a tedious and exhausting process. Depending on the circumstances of a loved one’s death, investigations could tie up a beneficiary’s money for some time. We’ve all seen the news stories (or even television shows) featuring heinous murders that occurred due to a want of money through a life insurance policy. Life insurance policies surrounded by suicide cases could have similar complications, though even in matters that involve no underhanded schemes, receiving your money as a beneficiary could still prove difficult under certain circumstances.

There are two specific clauses that need to be taken into consideration when dealing with life insurance policies, specifically as they pertain to suicide cases. The first one aptly named the “suicide clause,” states that no insurer will pay benefits out to beneficiaries if it is proven that the insured committed suicide within two years after taking out the policy. This clause also states that should the insured individual replace an old policy with a new one – regardless of how much time has passed in the interim – the effective time frame for the suicide clause resets to zero and another two-year cycle begins for the new policy.

Obviously, this is meant to protect insurers from paying out massive insurance policies to beneficiaries of those who commit suicide in so short a time after the policy is taken out. Much like the life insurance fraud schemes that are sensationalized even more through various Hollywood films, there are very likely existing cases of desperate parents looking for an easy way to set their kids up for a better life than they may already have, among other conditions.

The other clause that ties into suicides and the life insurance policies potentially attached to them is the “contestability clause.” This clause concerns the non-disclosure of certain conditions of hopeful policyholders, predominantly the likes of smoking, drinking and other health conditions. Generally speaking, this does not exclude mental health. With depression (and mental health in general) being as serious of an issue as it is in today’s world and mental health concerns leading to several thousand cases of suicide each year, the contestability clause applies just as strongly as the suicide clause. If non-disclosure can be proven in an attempt to collect on a life insurance policy, the insurer will not likely pay benefits. Of course, being honest about your conditions is noble and preferred, but the bottom line, unfortunately, is that it will hurt your chances of being eligible for a life insurance policy as well.

As serious as the entire concept of suicide is in modern society, the bitter reality is that, despite whatever reasons may have applied to such tragedy, it could very well extend past an individual’s death. However, this is hardly the norm regarding even suicide cases involving a life insurance policy. According to a statistic from insurancequotes.org, 99% of all (yes, all) life insurance policies end with full benefits paid out.