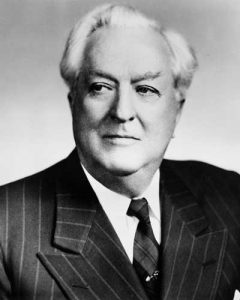 The McCarran Ferguson Act is a law that makes the insurance industry exempt from most federal regulations including some (but not all ) of the antitrust laws. The Act was passed in 1945 after the Supreme Court ruled that the federal government was permitted to regulate insurance companies under the Commerce Clause of the Constitution. This ruling came as a part of the United States vs South-Eastern Underwriters’ Association case.

Senators Pat McCarran and Homer Ferguson sponsored the act, which provides that ‘Acts of Congress’ which are not expressly aimed at the regulation of the insurance industry will not over-rule laws or regulations that are intended to regulate the business of insurance.

The McCarran-Ferguson act still applies today, and it remains an important one. Indeed, one of the recent proposals for healthcare reform made by the Republicans may require the McCarran-Ferguson Act to be modified. In February 2010, the House of Representatives voted in favour of repealing the Act in terms of how it applies to health insurance, but other types of insurance are still covered.

The act protects certain state laws regarding insurance and allows each state to regulate the insurance industry, including establishing their own licensing requirements for insurance. It also exempts insurance companies from federal anti-trust legislation, at least in part, and protects the insurance industry from a federal take-over. It is widely felt that insurance is one of the most regulated industries in the USA, and insurance companies were concerned about the possibility of even more regulation from the federal government, on top of what the individual states were already doing. State insurance regulators were concerned about the outcome of the South Eastern Underwriters’ Association case, and while Attorney General Biddle denied that the government had any intent of increasing regulation, the McCarran-Ferguson Act of 1945 helped to offset those concerns.