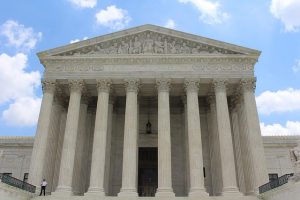 Paul lived in Virginia and was a resident of the Commonwealth. He was appointed to sell insurance against fire by several New York insurance companies. He applied for a license with the state, but did not deposit bonds with the state treasurer and was refused the license.

The insurance company lawyers argued that their corporations should be considered citizens and be covered under Article IV and the Privileges and Immunities Clause. The ruling by the Supreme Court denied this argument and found that corporations were not citizens as defined by this clause.

In a later 1944 ruling in United States v. Southeastern Underwriters Association, the court found that insurance was interstate commerce, however by this time state regulatory systems were well-defined. Congress strengthened the states’ positions in 1945 when they authorized the McCarran-Ferguson Act and recognized state insurance regulation.

This ruling also held that the federal government could regulate insurance transactions under the Commerce Clause. To date, this ruling has not been reversed.