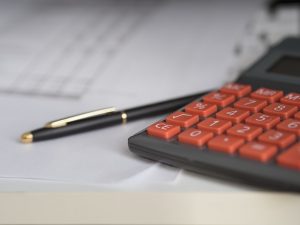 The  Supreme Court case United States vs the South-Eastern Underwriters Association is known because the outcome inspired the McCarran-Ferguson Act, which gave Congress the power to help regulate the Insurance industry.

The case took place in 1942. The Attorney General of Missouri requested the case because the insurance regulators in Missouri felt that they were not able to correct abuses that had been taking place since the 1920s. The Department of Justice investigated the case, and a grand jury then indicted the South-Eastern Underwriters Association, as well as many of their officers and member companies. The defendants were charged with two counts of antitrust violations as well as conspiracy to fix premium rates for fire insurance policies, boycotting independent sales agencies that did not comply. They were also charged with monopolizing markets in several states.

The district court dismissed the indictment, noting that the business of insurance is not commerce and that while it might be considered trade that is subject to local laws, the commerce clause is not to be relied upon.

The question that the Court formulated for the case was whether or not the Commerce Clause gave Congress the power to regulate insurance companies (from health insurance, to social security and disability insurance, to homeowners and life insurance) doing trade across state lines. The Supreme Court had, for the last 80 years, held the belief that insurance is not a commerce transaction, and this is what the case tested. The case in the Supreme Court ruled that the Sherman Act was intended to cover monopolization and that the sales of insurance was indeed a form of commerce that Congress could regulate.

In response to this, the McCarran-Ferguson Act was passed in 1945, giving formal protection to states to allow them to regulate their own insurance transactions, and limiting the way that insurance could be regulated on a federal level. The act still stands now, although it could be modified to change how health care insurance is treated.