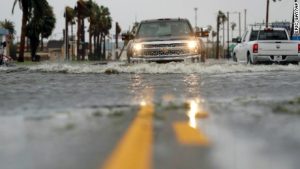 Dating back to 2012, Texas has experienced an uprising in insurance claims relating to wind and weather damage – and many of these claims also involved adjusters or attorneys, about a 900 percent increase, according to statistics published from a state Legislature meeting with Texas Department of Insurance, among other alarming statistical increases related to insurance lawsuits released after the February 2017 meeting. This spurred the formation of the Texas Hailstorm Bill, set to take effect at the beginning of September.

One of the most impacting effects that the Hailstorm Bill will address is the high-volume of lawsuits brought upon casualty and property insurers (note that the bill does not affect claims, but lawsuits) by requiring that the insured policyholder give at least 61 days of advanced notice that a lawsuit is even being filed against an insurer. This is meant to give the insurer time to address the issue directly with a chance of settling it outside of the court system. What some may consider a detriment, however, is that interest rate payouts that normally apply to policyholders should their insurer fail to comply with Chapter 542 of the Texas Insurance Code will be heavily reduced, from 18% to 10%.

Many speculate that this Hailstorm Bill will only add headaches to the process of filing lawsuits for insurance companies that some claim are abusing their policyholders. Bob Hunter, director of insurance for the Consumer Federation of America, believes, “it is less likely that lawyers would want to take even good cases.”

Though the new law seems to be implemented to protect insurance companies from a slew of lawsuits, Hunter believes that many insurers act appropriately anyway, thus limiting the law’s overall impact as it would only serve to protect the abusive insurers if it serves at all.

Hunter also notes, however, that there is great need for reform and restructuring beyond the Hailstorm Bill, making particular note of the National Flood Insurance Program which falls under Federal authority. He mentions the need to update flood zone maps and allowing rates to rise and meet the actuarial, something for which he holds Congress responsible.

Hunter, a former Chief Actuary for the NFIP, cites experience from the likes of Hurricane Katrina and Superstorm Sandy as well. “…there will be a lot of lawsuits filed ultimately, because there is always trouble after these major events.” He says the Hailstorm Bill will only bring about a second crisis when everything has settled from the destruction wrought by Hurricane Harvey.

Others claim that the Hailstorm Bill is a necessity to fend off suit-happy lawyers and contractors that may not get immediate attention following the devastation of weather-related events such as Harvey as well as encourage out-of-state insurance adjusters to come and work in Texas in the aftermath of the horrible event to meet with the demand of insurance claims that will need to be settled. There is also argument that Texas still maintains high standards in regard to insurance claims (as well as lawsuits, stating that policyholders may claim as much as three times the full amount of coverage following fraudulently-acting insurers or insurers that act in bad faith), and the law makes no impact on those claims being filed, nor does it impose any sort of deadlines on behalf of the first-party policyholder.