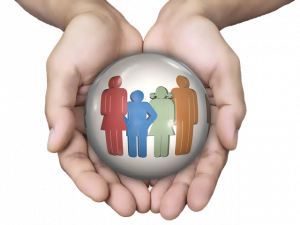 On January 13, the United States and the European Union came to terms regarding the Insurance Regulation Pact. This pact effectively increases the market for both U.S.-based and EU-based insurance and reinsurance companies while eliminating the complications of collateral or local presence requirements when dealing within the international market. It also maintains the United States’ state-based insurance industry model and protects it by a measure within the pact that assures primacy dependent upon the company’s home policy. That is to say, US-based companies, even if operating within the EU, will still follow United States (and more specifically, the individual state’s) policies. Whereas insurers and reinsurers will adhere to EU policies even if operating within the United States.

With the opportunity for insurance and reinsurance companies to operate on an international stage, it also extends the opportunity to supervisory authorities to an exchange of information regarding those insurance and reinsurance companies. This allows a law firm practice management software respective supervisory authorities to protect the interests of the policyholders within their sovereign borders by requesting at will any and all information “which could harm policyholders’ interests or financial stability in their territory.”

Many companies, both American and European, appeared wholly supportive of the covered agreement, noting the relative simplicity of the regulatory process for those who operate in both the United States and European Union jurisdictions. The International Underwriting Association, a major representative of London-based reinsurance companies (many of whom are reinsurers of United States risks) affirmed their belief that the bilateral agreement would be a universal benefit and promote “global access to reinsurance services.”

While there are many who believe that this pact with the European Union will benefit insurance companies by expanding opportunities for becoming competitive on the international stage, there are those in the United States who believe this agreement could be a hindrance to businesses within US primacy. Representatives of the National Association of Insurance Commissioners based in the United States are skeptical after holding a minimal part in the finalization of the covered agreement between the United States and the European Union. Ted Nickel, the president of NAIC, also commented about the fear that such an agreement would inadvertently provided “…a backdoor to force foreign regulations on US companies.” Representatives of the National Association of Mutual Insurance Companies appeared to find the covered agreement convoluted with much that still required clarification lest they be forced to convene with European authorities regarding insurance regulation at a later date. Still, they instilled good faith in working with the Trump administration in determining the efficacy of this agreement on behalf of United States-based companies and citizens. Tom Considine, CEO and representative for the National Conference of Insurance Legislators, also criticized the covered agreement and suspected that it would infringe upon operating capabilities of state regulatory systems. Considine commented further, suspecting that the policy statement would attempt to reconcile the agreement with state-based regulation, but he believed more firmly that the agreement was “great for Wall Street and horrible for Main Street.”