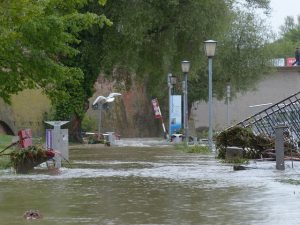 Extensive loss of livelihoods, property and even life led to the creation of the National Flood Insurance Act of 1968. The legislation has received much recent attention due to the extensive damage caused by flooding in Florida and Louisiana as it did in the violent series of floods in the aftermath of Hurricane Betsy in 1965.

According to the foreword in the US Code Title 42 Chapter 50: National Flood Insurance, the US congress found that the dangers and hazards of sporadic flooding was creating a personal and economic strain on many parts of the US. It was also mentioned that the physical preventative measures, such as dams and embankments, may not always be sufficient to hold back the flood waters and avoid damage.

For these reasons the Federal Government has decided to participate in the National Flood Insurance Program that was hitherto being addressed on the private sector alone. The US Code also mentions some other reasons that would make it “uneconomic” to stay out of the flood insurance program within reasonable terms and conditions.

This piece of legislation in 1968 was the first-time flood insurance was made available on such a massive scale almost available to everyone. Soon after the Flood Disaster Protection Act of 1973 made it mandatory for all people living in Special Flood Hazard Areas to purchase flood insurance to avoid against personal injury lawsuits.

This act is one of the first times that the federal government became involved with the insurance industry which is usually left for the state government to regulate and monitor.